Objective: Mutated p53 gene is related to the instability of cell growth and cell cycle progression. We aimed to evaluate the association between endometriosis and p53 codon 11, 72 and 248 gene polymorphisms.

Endometriosis, a common polygenic/multifactorial disease, might be caused by an interaction between multiple genes as well as the environment [1]. Endometriosis displays features similar to malignancy, including local invasion and aggressive spread to distant organs. Its monoclonal origin indicates the neoplastic and genetic natures of most endometriotic lesions [2]. Genomic alterations may represent important events in the development of endometriosis. Tumor suppressor genes play a role in the regulation of cell growth and prevention of carcinogenesis. The altered tumor suppressor genes might be related with the development of endometriosis [3].

p53, a representative tumor suppressor, is involved in cell proliferation and progression of various tumor types. There is discrepancy about this presentation of p53 polymorphisms and various tumors. The p53*Arg72 homozygote is considered to be a risk factor in the development of cancer [4]. In contrast, some investigators demonstrated the non-association between the different p53 polymorphisms and individual cancer development [5]; other studies revealed the higher risks in the individuals with p53*Pro72 homozygote [6,7]. Furthermore, some investigators also demonstrated the associations of individual disorders with p53 codon 248 (Table 5).

Pre-menopausal Taiwanese women with surgically and histologically diagnosed endometriosis were included prospectively. All patients were divided into two groups: (1) moderate/severe endometriosis (n=119, according to revised American Fertility Society classification); and (2) non-endometriosis group (n=108). The non-endometriosis statuses were confirmed during the cesarean section or diagnostic laparoscopy. All operations were performed by same surgeon (Hsieh YY). All women accepted the peripheral blood sampling for genotype analyses. There were non-significant differences between both groups in age, weight, and height. The experiment was approved by Ethical Committee and Institutional Review Board of the China Medical University Hospital. Informed consent was signed by all the women who donated their blood.

The primer Pro72 was designed for p53 codon 72 in proline (Pro) form and Arg72 for arginine (Arg) form, according to the procedure described by Storey et al. [4]. P53codon 11 and 248 gene polymorphisms were determined according as the modified conditions of previous reports [13]. The SNP information for the genes involved was obtained through internet (http://www.ncbi.nlm.nih.gov/LocusLink/). The PCR conditions and restriction digestion of each SNP were listed in Table 1. The PCR amplification was performed in a programmable thermal cycler GenAmp PCR system 2400 (Perkin Elmer Applied Biosystems, Foster City, CA, USA). After PCR amplification, the individual gene polymorphisms were analyzed by gel electrophoresis of the PCR products after restriction enzyme digestions (New England Biolabs, Inc, Beverly, MA). The primer sequences, PCR conditions and related base pairs for the wild and mutant types were listed in Table 1.

Genotypes and allelic frequencies for p53 codon 11, 72 and 248 gene polymorphisms in both groups were compared. Correlations of these gene polymorphisms and endometriosis were evaluated. Allelic frequencies are expressed as a percentage of the total number of alleles. The SAS package (Version 8.1, SAS Institute Inc., Cary, North Carolina, USA) with χ2 test was utilized for statistical analyses. A p-value of <.05 was considered statistically significant.

In contrast, the proportions of different p53 codon 72 genotypes in both groups were significantly different. The proportions of Arg homozygote/heterozygote/Pro homozygote in endometriosis and non-endometriosis populations were 9.5/66.2/24.3% and 30.7/50/19.3%, respectively (p-value=0.0001, Table 3). The distributions of Arg/Pro alleles in both groups were 42.6/57.4% and 56/44%, respectively (p-value=0.001, Table 3). There were increased numbers of Pro-related genotype (Pro homozygote and Arg/Pro heterozygote) and allele in endometriosis group compared to non-endometriosis group. It suggested the correlations between the Pro72 and endometriosis.

The p53 gene and its encoded protein are related with the regulation of cell cycle, cellular growth, and apoptosis. It is a gatekeeper or guardian of the cell division [19]. The p53 mutations are associated with instability of cell development and cycle progression [20]. The wild-type p53 protein is a DNA-binding transcription factor that activates other tumor suppressor genes (e.g., p21, MDM2, GADD45, Bax), that are required for the regulation of cell cycle progression or apoptosis in response to DNA damage [21]. Alterations of p53 are related to the induction of apoptosis in malignant tumors.

Single nucleotide polymorphisms (SNPs) provide a new way for the identification of complex gene-associated diseases such as endometriosis. Tumor suppressor-related SNPs might directly or indirectly affect tumor progression as well as the further interruption of cell cycles. Allelic polymorphisms that occur in the regulatory regions of these tumor suppressor genes are closely associated with malignant changes. Reviewing MEDLINE database, we observed the correlation of numerous p53 gene polymorphisms with individual diseases (Table 5). However, few investigators demonstrated their correlation with endometriosis.

In fact, there are discrepancies about the distribution of p53 polymorphism in different malignancy. The p53 Arg72 homozygote is a significant risk factor in the development of invasive form of human papilloma virus-associated cancers [4]. In contrast, some investigators demonstrated the non-association between the cervical cancer and different p53 polymorphisms [5]. Furthermore, some reports even revealed that Pro72 homozygote is a risk factor of lung and hepatocellular carcinoma [7]. In the study of lung carcinoma, Wang et al. [35] found those patients with p53 Arg72 or Pro72 homozygous had worse prognoses compared with those with the heterozygous form.

Recently, Omori et al. [31] demonstrated that the non-association between the endometriosis and p53 codon 72 polymorphism. In their study, the proportions of Arg homozygotes/heterozygotes/Pro homozygotes in endometriosis and control groups were 35.2/48.6%/16.2% and 39.4/41.7/18.9 %, respectively. We can see their controls' distributions were compatible with ours. However, the percentage in endometriosis individuals is different from that of ours. This discrepancy may be due to the different endometriosis staging or racial variation. In this series, we observed that Arg72 homozygote is related with lower susceptibility of endometriosis development. The Pro forms of codon 72 in p53 (Pro homozygotes or heterozygotes) are related with the higher susceptibility of endometriosis development. Our finding was compatible with Wang et al. [7] and Yu et al. [6], who demonstrated the association between the Pro homozygotes and lung or hepatocellular carcinoma. Combined these above studies, it suggested the dominant p53* Pro forms is associated with the development of endometriosis in Taiwanese population.

Most cancer-related mutations of p53 are clustered in the four so-called 'hot spots', codon 175, 248, 273 and 281/282 [32]. Numerous reports presented the correlation statuses of p53 codon 248 polymorphism and individual diseases (Table 5). In this study, we noted the mutated somatic mutation of p53 condon 11 and 248 could not be observed in the peripheral lymphocytes from endometriosis populations. Therefore, these two SNPs will not become useful candidates for the suspecting the susceptibility of endometriosis. Presumably, the distinct biological condition caused by p53 genotype will be among various genetic, dietary, and environmental factors regulating hormonal and non-hormonal conditions in the development of endometriosis. These differences also reflect the etiological contributions of endogenous rather than exogenous factors to endometriosis. Furthermore, these polymorphisms might be in linkage disequilibrium with an unidentified functional polymorphism in p53 that influences endometriosis susceptibility.

The primer sequences and PCR conditions for p53 codon 11, 72 and 248 gene polymorphisms

Genotype and allele frequency of p53 codon 11 polymorphisms in populations with and without endometriosis.

Genotype and allele frequency of p53 codon 72 polymorphisms in populations with and without endometriosis.

Genotype and allele frequency of p53 codon 248 polymorphisms in populations with and without endometriosis.

Correlations of p53 codon 11, 72, and 248 gene polymorphisms with individual diseases 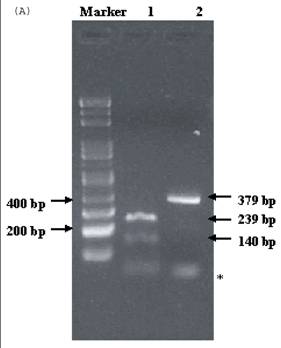 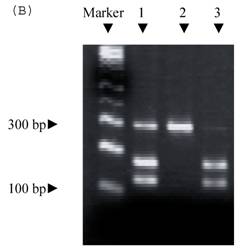 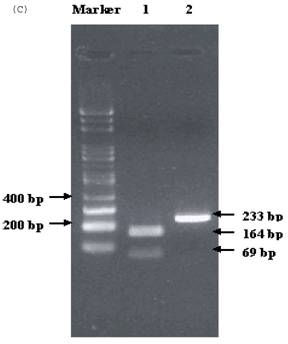